In the surroundings of Hotel Palacio de Santa Inés you will find a great variety of emblematic places and must-see sites to visit. Discover the best tourist destinations in our surroundings.

The Alhambra was built between the thirteenth and fourteenth centuries and represents the jewel of the Nasrid kingdom, which in its time came to encompass part of the provinces of Cordoba, Seville, Murcia, Jaen and Cadiz, as well as all of Almeria, Malaga and Granada. The Alhambra reflects and transmits all the splendor and power of the Nasrid dynasty. Its capture took place after a 10-year war, on January 2, 1492 and has been marked with the entrance of the Catholic Monarchs in the city. The founder of the Nasrid dynasty and the first sultan of the Alhambra was Muhammad I or Al-Ahmar, and the last Muhammad XII, better known as Boabdil.

The splendid Cathedral of Granada was ordered to be built immediately after the conquest by Isabella the Catholic. The Cathedral has been built over the Great Mosque of Granada. This temple represents a masterpiece of the Spanish Renaissance that shows impressive facades and a splendid interior with a grandiose altarpiece and several chapels.
In its burial chamber are the tombs of the Catholic Monarchs. The facade of the Cathedral was incomplete, and of the two towers planned, only one was rose. Its height had to be lowered, because the foundation for a Gothic building did not withstand the heavy mass of its tower. 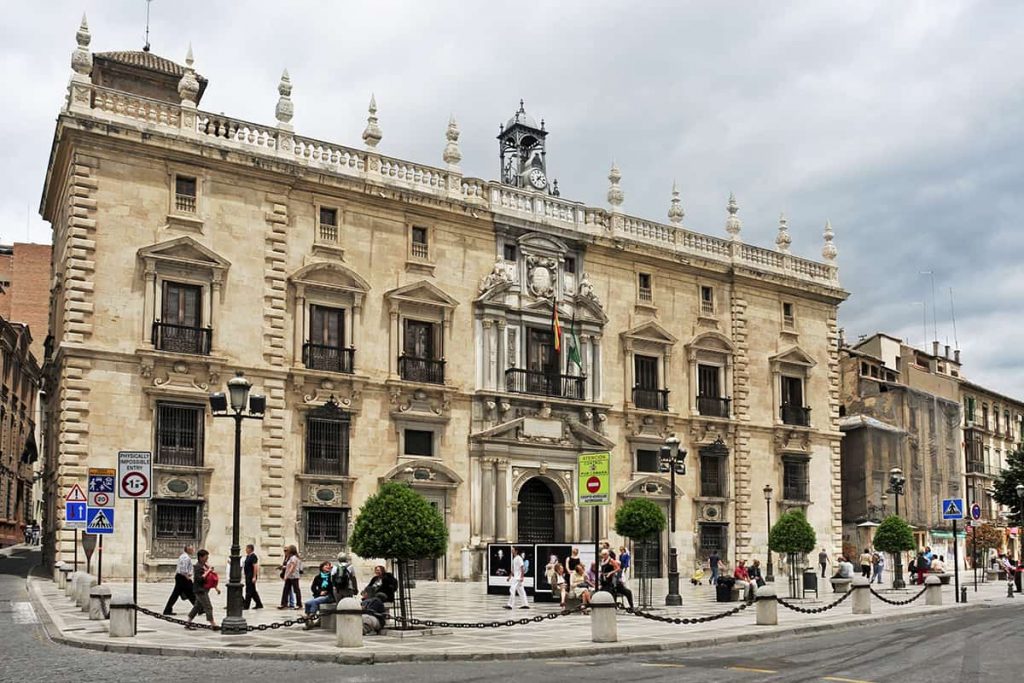 This square has been called ‘new’ by the Christians because it was the first square they created in the 16th century. The square was intended to cover the river in a place where several bridges already existed, to give way to the traffic going up and down between the lower city and the Alhambra. In this way, an extensive surface area was finally filled in to form this large public space.

New Square represents the central axis of the old city. From there you can access the Alhambra through the Cuesta de Gomérez, the Albaicín through the narrow streets surrounding the Chancillería, and along the Carrera del Darro, passing on the right the Church of Santa Ana. The Carrera del Darro and the Paseo de los Tristes are undoubtedly one of the most beautiful places in Granada. Located next to the Darro River, crossing over two stone bridges, they offer breathtaking views of the Alhambra. 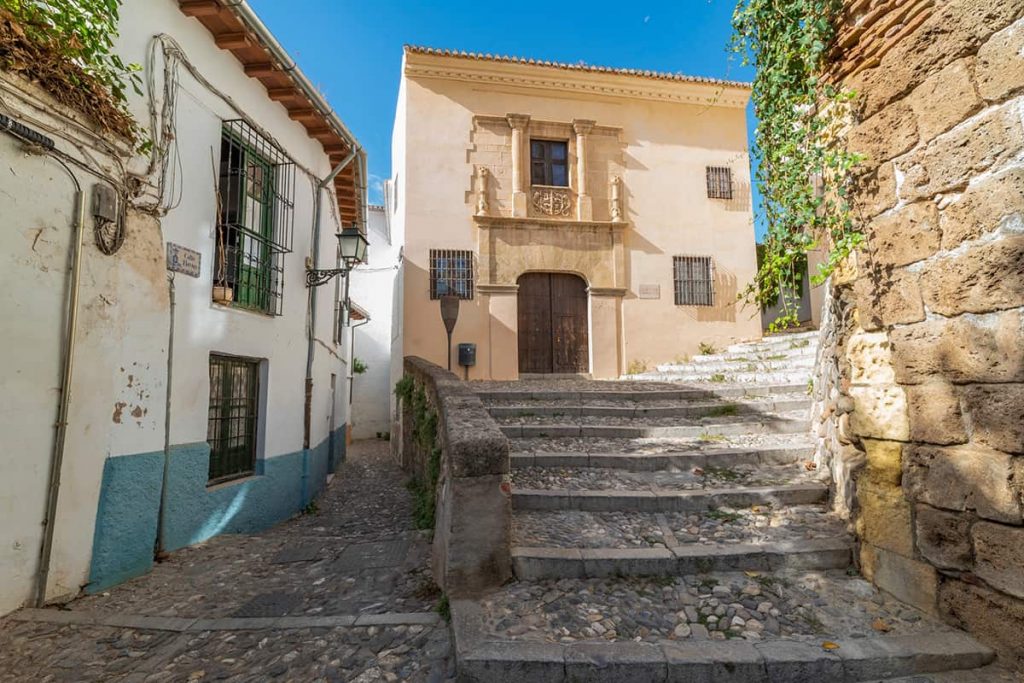 You can find out more about which cookies we are using or switch them off in settings.

Free taxi from the parking lot to the hotel

Complimentary coffee and tea service in the room

Free taxi from the parking lot to the hotel

Complimentary coffee and tea service in the room

Receive the latest news and offers by e-mail

The best offers and promotions in your email. We want to send you the latest news about Hotel Palacio de Santa Inés and keep you up to date with our news.

This website uses cookies so that we can provide you with the best user experience possible. Cookie information is stored in your browser and performs functions such as recognising you when you return to our website and helping our team to understand which sections of the website you find most interesting and useful.

Strictly Necessary Cookie should be enabled at all times so that we can save your preferences for cookie settings.

This website uses Google Analytics to collect anonymous information such as the number of visitors to the site, and the most popular pages.

Please enable Strictly Necessary Cookies first so that we can save your preferences!